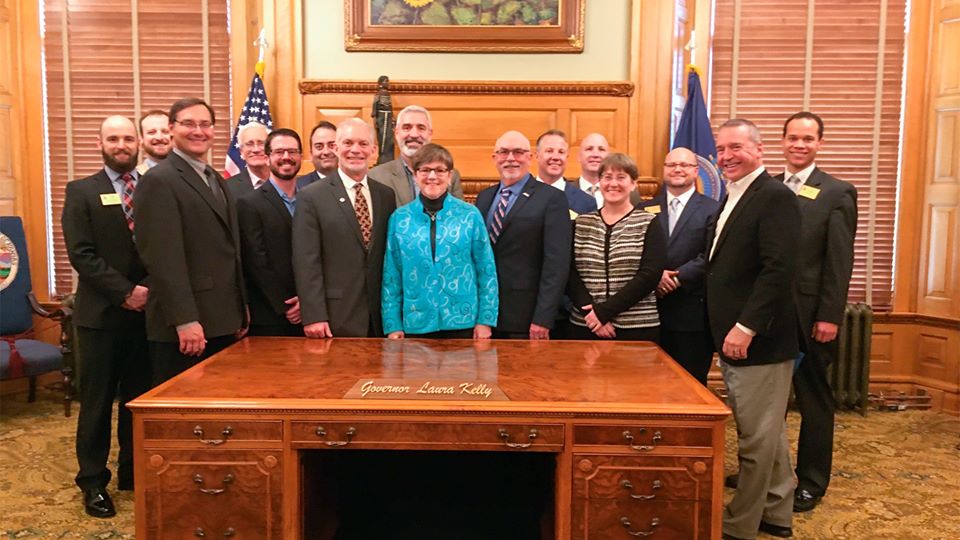 Kelly, a supporter of Kansas biofuels, proclaimed March 2020 as Biofuels Month in Kansas.

“Keeping biofuels plants open is vital for our states and we ask that you use your authority to assist the biofuel industry during this difficult time,” the letter Kelly signed onto stated. “We are supportive of the proposals the biofuel industry has put forward to reimburse feedstocks, and also believe that adding additional CCC funds to the Higher-Blends Infrastructure Incentive Program will drive future biofuel demand.”

“A USDA package to producers is a good start, but more assistance will be needed for rural America to fully recover from the devastating results of this pandemic,” Renew Kansas President and CEO Ron Seeber said. “The Kansas biofuels industry respectfully asks that Congress and the administration take tangible action to ensure that the ethanol industry is included in the next round of emergency relief.”

Prior to the COVID-19 outbreak in Kansas, 11 fuel-grade ethanol plants annually produced more than 600 million gallons of clean-burning renewable ethanol, worth nearly $1 billion. These Kansas ethanol plants worked with producers to use 27 percent of all corn, and 30 percent of all grain sorghum grown in our state.

An identical letter was also signed by U.S. Governors Kim Reynolds of Iowa, Tim Walz of Minnesota, Pete Ricketts of Nebraska, and Kristi Noem of South Dakota and offered a powerful rebuke against recent oil-backed efforts to “waive blending requirements under the Renewable Fuel Standard for petroleum refineries.” They note, “Using this global pandemic as an excuse to undercut the RFS is not just illegal; it would also sever the economic lifeline that renewable fuels provide for farmers, workers and rural communities across the Midwest.”