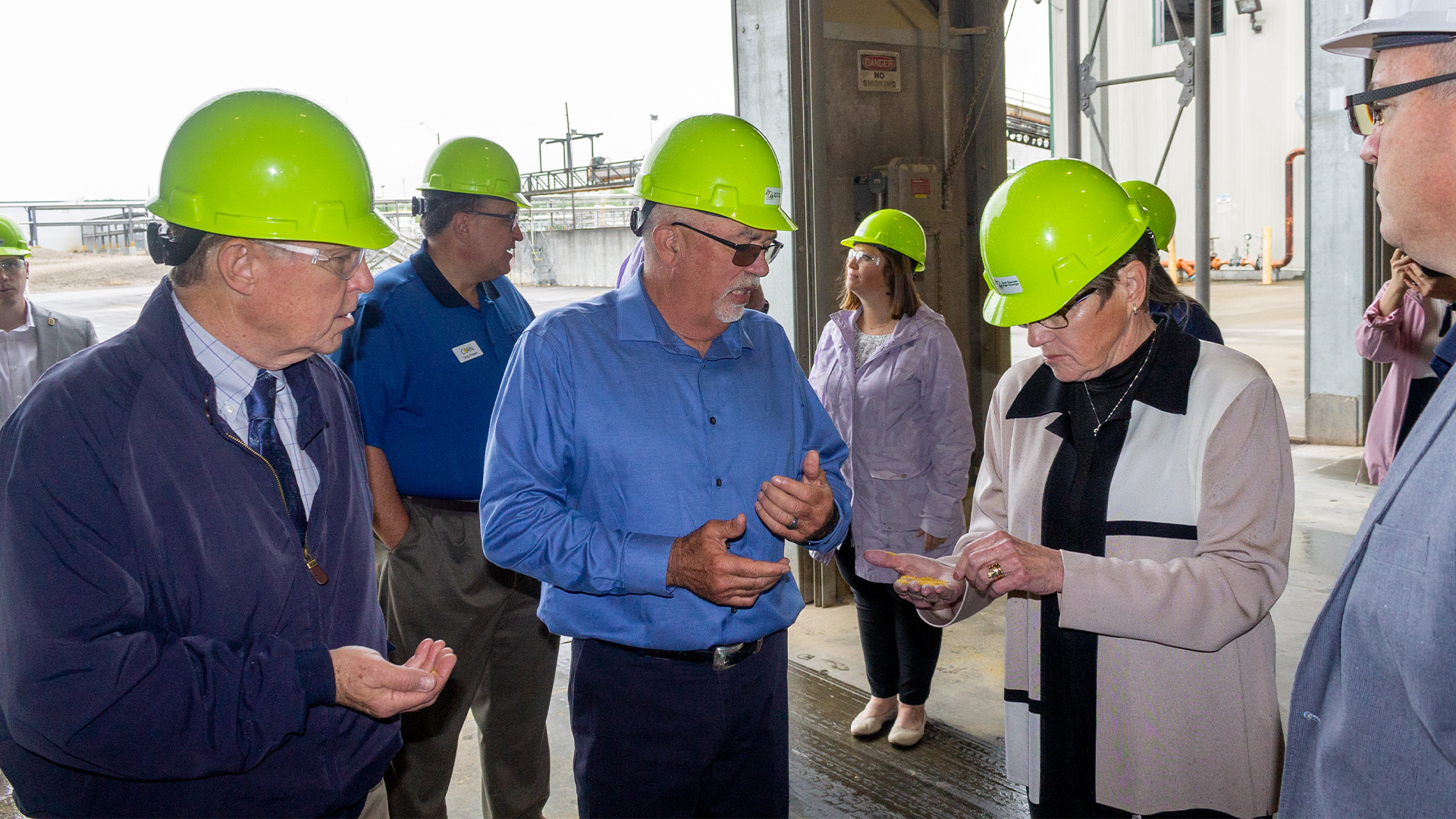 East Kansas Agri-Energy (EKAE) hosted an hour-long tour and biofuels discussion with Kansas Governor Laura Kelly and members of her administration in Garnett on Wednesday, May 19, 2021.

“It was an honor to walk Governor Kelly and Kansas Secretary of Agriculture Mike Beam through our plant explaining our process for producing biofuels and showing them first-hand our impact on Garnett and the surrounding community,” Pracht said. “As an industry, we’ve only ever requested a seat at the table with our decision makers, but it means much more when they make an effort to put on a hard hat, walk around our facilities and speak directly to the people who work there.”

Kelly, who has previously publicly acknowledged her administration’s commitment to strengthen the biofuels industry in Kansas due to its environmental and economic benefits, relayed her admiration for the industry’s resilience throughout the tour.

“East Kansas Agri-Energy is on the cutting-edge of clean fuel production,” Governor Kelly said. “We will continue to partner with EKAE and additional stakeholders to make Kansas a national leader in ethanol and renewable diesel production.”

EKAE converts more than 16 million bushels of corn a year into more than 45 million gallons of fuel grade ethanol. Along the way, the plant produces more than 200,000 tons of distiller grains, in both wet and dry form, for livestock producers every year.

“We are proud of the work they do at East Kansas Agri-Energy to produce renewable, clean-burning ethanol made from locally-sourced corn,” Secretary Beam said. “Kansas ethanol plants are a key player in sustainability for the future of Kansas and the future of agriculture.”

Producing more than just ethanol, the tour also included a behind the scenes look at EKAE’s newest innovation, a renewable diesel plant churning out renewable diesel from the corn distillers oil already produced from the ethanol-making process.

“We are always thrilled when our elected officials, especially the Governor, are supportive of our members and their businesses,” said Ron Seeber, Renew Kansas Biofuels Association President and CEO. “Our enthusiasm goes to another level when they take the time to actually go visit a plant and ask detailed questions about how their policies are affecting our members.”